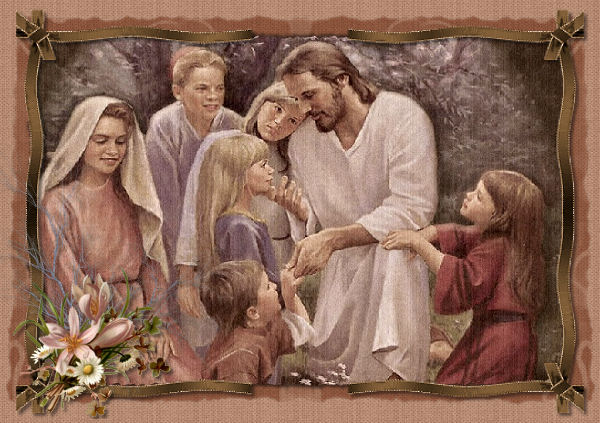 Visitations of Spirits in the form of "children":

Spirits in the Spirit Realm all are of the appearance of about 33 years old to honor the Lord Jesus number of years He was on the Earth. You see, all those in the Spirit Realm truly are about the maturity of someone around 30. When a Spirit wishes to remain in a child's body even though they truly are of the maturity of an adult, it causes their mind to feel less than what it should be, hence the issue of maturity problems, emotional levels and basic intelligence problems. So when you see a young child in Spirit, know that in essence there is something wrong, as they come back as a full grown Spirit when they are a child that has passed away on the Earth, and then are asked by the Lord right then and there if they want to stay as a child or grow up instantly. If the Spirit chooses to remain a child, it will be done that they have a body of a child for about two to three weeks, and then they will have their bodies grow up rapidly, yet at a steady growth, so that their emotional level will understand that the Lord is doing this so that they will become Who They Truly Are. Yet when a disturbed child comes back and refuses to stay as an adult, even though their Thought Form Body has grown steadily up to an adult over this 2-3 week period, then there is a recourse (action) taken that will show the Spirit that they can't just have their own way whenever they want, and it makes them rebellious against the system up in Spirit, so the Lord makes them back into a child's body once again, ---yet there is this difference: Their attitude reflects their true intent, and they tend to have Karmic indebtedness added to their record, plus they have this ignorant vibration showing which makes them think they are "special" yet they are not. They then tend to show others that they are "still a child" yet in essence they are making themselves into a kind of "thwarted growth person", so that they are now displaying bossiness, and playful-yet-ornery behavior, getting more into the dark rather than anything else. Just so much is allowed for them to come to their senses over this, --but when they are interfering with those down on the Earth, THEN they attract attention.

Generally speaking, these souls sooner or later realize that they need to remain on track with their goals and life plans, otherwise they turn back into a lower-realm being, such as an elf or pixie if they are of the Lightworker Origin.  If they are of the Human Earth Mind Consciousness Wavelength, they can drop down into the Minus Levels until they either realize their huge mistake or they get placed into the body of a newly born animal.  That's when they decide they've had enough of being a "child".  No one can be a child for a very long time.  Those now listed as "haunting homes and other locations" have not been there longer than say the last 200 years.  Almost always do they cut off the spirit from still being a child at the 200 year mark.  Most of these spirits wanting to remain as a child have some major emotional issues and problems to begin with, or have suffered a traumatizing event which caused their early demise.  Yet, trying to motivate a Spirit Person in the Spirit World is a bit harder task than it would be here on Earth, as in the Spirit World eternity is the key factor.  It's much easier to procrastinate there when time passing is much different than here.