Homepage > Dimensions Of The Spirit Realm 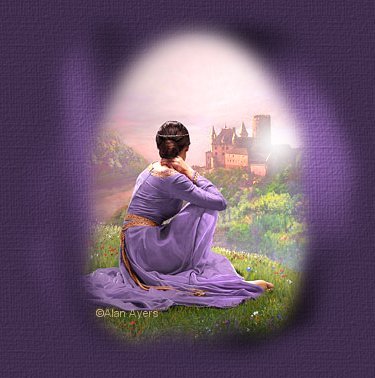 DIMENSIONS OF THE SPIRIT REALM

This is a list of the Planes within the Spirit Realm, beginning from the lowest to the highest.  So I will begin with the first Dimension and then go through the levels, but bear with me here with the descriptions of the lower planes. I know it isn't a pleasant subject, but it is still there and must be included:

1st Plane: Beings who are NOT of a Human form.  This is necessary to mention as we Human Beings are NOT eternally damned in any way shape or form.   We as Human Beings always are given further aid and more chances to redeem ourselves.  God is not a God who is condemning someone to eternally living in a hell-like existence.   These beings down in the lowest region of the First Plane of Purgatory do not even resemble anything other than odd shapes of Thought Beings and they once were of a higher level formerly yet still inside the level of energy that is called demonic.  They did not exist on the face of the Earth.  There is on this level fighting and abuse, triggered by much unrest and the demonic beings are ugly and war-like, resembling goblin-like beings.

2nd Plane: Pixies, Elves, Fairies, Leprechauns, Brownies, some trolls, but mostly the better group of Lightworker Origin beings who have not evolved to the Third Dimension or wish to remain as they are.

4th Plane: Astral Plane, where we go while we dream and visit our relatives, and yet we still are close to our own bodies to return easily.

6th Plane: Still in the Earth-Mind Consciousness plane, but mostly colleges and universities are here, along with better housing, and apartments.

7th Plane: First level of Lightworker Realm, and also Urantia is a part of this dimension.

8th Plane: Lightworker Dimension, and here again are more colleges and universities, and there again is the feeling of joy with a higher dimension.

9th Plane: Mostly work-related buildings, but also they do have housing there and many do enjoy living close by with their jobs, so that is where the convenience is.  It is much like New York City with the way things are laid out with a mid-city park.  It is a lovely place and does have numerous places where people can congregate to visit and become considered a "Manhattan".  They have patterned it just like New York City, yet with the St. Patrick's Cathedral being the very center of the city.  Often up in the Spirit Realm there are "theme areas" meaning they are patterned after a place or city on the Earth.  This 9th Dimension has many places there, and it is the size of about three US states combined.  It isn't a huge place, yet there are many outskirts there with also a kind of "theme" with the areas.

10th Plane:  Also part of the Lightworkers but with fewer homes and businesses.  It is more park-like and estuaries, granite and marble colonnade buildings for growth-oriented or focused places for working on their primal needs.  There are also some crystal palace-like structures for thought transforming into solid mass any type of work-related effort.

11th Plane: More of the crystal cathedrals and buildings of highest quality gemstone-encrusted palaces for thought and meditation, astral travel to the higher dimensions are also allowed if accompanied by someone of the higher dimensions for work or effort of a high nature.  There are also some minor efforts made towards growth for the Spirit while on this plane.  You can also see the marvels of the Lord there in those palaces where He created the thought beings inside each of the smaller embryo-state and single cell beings on the Earth for study purposes.  They do work with creating new thought form bodies for the "M" Class planets in other solar systems, too.

12th Plane: The beginning of the Angelic Realm.

12-18th Plane: Where Angels dwell in the majority of cases.

19th - 24th Plane: Where many dome-like cathedrals are and housing the Akashic Records Building also known as the Hall of Records, plus one other, the Hall of Justice.25th Plane: Where there are several other beings residing called Seraphim and Cherubim, Powers and a few Thrones.

26th Planes: Where many go for worship.

31st - 36th Planes: Where there are bands of wonderful vibrations radiating out from Source/God/Jehovah/Yahweh/The I AM.

Purgatory:
This Plane is on the level of the Fourth Dimension, yet it is within the realm of the Holy Spirit, as there is a type of Christian dominion there within this realm.  It is of the Light, but there are many places within Purgatory that would be considered a high-level security prison atmosphere.  There are jails for those who have committed crimes on the Earth Plane, and there are half-way houses whereby the now released prisoners are given work-options in order to clear their Auric Field to come up higher in vibrations. Their energy is so low at this point that they don't have enough energy to come up higher themselves, so they in effect have created for themselves their own prison of being lower in energy.  The higher the octave of vibrations the higher the person is.  All is of the Light you see, so there are those working down in Purgatory trying to help others with their emotional issues and personal problems in order for these negative beings to be resolving personality problems, and retrain their way of negative thinking into a positive constructive way.  They have psychologists working there in charge, too, with figuring out new and better ways to better their attitudes, plus religious people also trying to help.

There are seven levels of the main dominion of Purgatory, yet there are sub-levels, too, so there are subfloors that are a part of the lower level, and then will be broken down into various other vibrational levels there, too, which is much like a mezzanine floor, so to speak.  These partial floors are a transitory level, so that the person doesn't have a large jump in vibrational energy to adjust to quickly.  That is so that it is so gradual that the person who is now moved up to a separate floor just goes up about four or five steps, yet it isn't like a 12-step staircase to the next higher level.  It helps much with their attitude, too, which is a gradual transition much of the time with these types of Purgatory inmates.

Purgatory consists of 11 Wavelength Levels.  Primarily they are containment levels in which to keep those of the dark from escaping into the outer dimension traveling here to Earth for those who have been described as "demonic".  The Lord keeps charge over these spirits and does not allow them out without what is called a "Traveler's Pass".  Specifically the levels are:

Minus 3 (and the "Mezzanine Level of Minus 2), both these levels are excluding Mezzanine 2's Halfway House Level) are locations where people are allowed out to  travel the Earth, but do have homes and businesses established there.  They are similar to Earth's surface, with the daylight, however, the sun does not ever shine.  It is much like an overcast cloudy day always.  Never is there anything allowed there that could cause a spirit to lapse into further negativity, as all is closely monitored.

Minus 4 Through Minus 8:
Purgatory in these levels are more like prison cell dormitories, rather than anything else.  Those dark spirits in these levels are all being strongly and closely monitored by guards who are prisoners themselves, yet are at a higher level of responsibility and trust and clearly are willing to work towards their own release.  They, too, are monitored by Spirit Guides who are of the Angelic Realm, so the premise is to have those who are of the dark being raised up slowly by contributing to the improvement of others and by their keeping the whole system functioning well.   It is similar to that of our penitentiaries here on Earth in this respect.  Those prisoners who have the willingness to contribute (and all are encouraged and required to do some type of self-sustaining work for the community there will earn a higher level quicker than someone who is not.  Again, here is another example of that age-old problem of trying to motivate someone who is clearly not self-motivating .   It is not a "perfect system", as there are some problems there with the issue of corruption (i.e. guards being bribed or having disagreements that result in various kinds of rebellion, complications with the way disciplinary measures are given, etc.) same as it is with our Earthly penitentiaries, yet overall the system does work.  The Angelic Beings who monitor it closely do keep watch so that these guards who are of the dark themselves are decidedly disciplined if they do become corrupt themselves.

Minus 9, 10, 11:
These levels are all where the darkest souls are and they for the most part do not ever want to be humans on the Earth again.  They are wanting animal shapes and do take on many animal thought form bodies they create with their own corrupt minds.  They become animals on the Earth most of the time, the predatory kind.  The surface of the levels in these very dark planes are mostly soft dirt-like surfaces, and the 11th level consists mostly of a bog-like fluid of filth.  It resides deep within our own Earth's crust level, down about 80 feet or more at this point.  These spirits are down in the Earth's crust so as to keep them close to the foundation of the established containment of our whole system being that we are still of the Adam and Eve creation wavelength.  They are not out there in the Universe floating around, they are actually here on this whole planet, yet within the deeper wavelength of below the surface of the Earth.

The point of having these gradual levels in Purgatory is to increase their vibrations and motivate them to achieving higher and more positive goals, along with clearing their negativity and negative attitude, as well.  "The lack of motivation is the single-most problem in the Universe", the Lord told me a long time ago, and it is that reason why all in Purgatory is geared around instilling motivation with the reward system in these Purgatory inmates.  They understand this well enough with the earning of rewards to increase their energy and improve their attitude, and it has worked well to a degree.  There is no perfect system without problems in any given condition such as this, either here on Earth or in Heaven, so they try their best to find areas where they can improve, and monitor and review their various programs closely for progress.

Webnode, an innovative sitebuilder
Have a captivating website for free!
Get started